Elder Abuse is everyone’s business. But the signs are not always easy to recognise. If you suspect that an elderly person may be the victim of physical, mental or financial abuse, please speak up. If your suspicions are unfounded, no harm done. But if you are right, you could save a  vulnerable elder  from further harm.

Contact us by phone or email. You can remain anonymous if you prefer. Our social workers are trained  to investigate immediately with tact and diplomacy.

Unfortunately, elder abuse is not always easy to identify. Old people bruise easily and may have cuts and bruises if they are unsteady on their feet and bump into things. Those affected by memory loss or the onset of Alzheimer’s may be confused about what happened to them. Then, it’s all too easy for abusers to deny wrongdoing … and to be believed.

Even worse, they may convince the victim that he or she is mistaken, adding to feelings of doubt and helplessness. Elders also can be afraid to speak up if they are being abused by care givers or family members. Fear of retaliation is an effective silencer.

This is Mrs. John’s story. A 77 year old widow, she was living with her three adult children and was totally dependent on them. Her only source of income is her old age pension.

On Tuesdays and Thursdays, Mrs John used to visit her neighbour, Sally. Over an afternoon cup of tea, the two friends would watch their favourite soap opera together. During her last visit, Mrs. John mentioned that she had lost her SASSA card and could not remember where she had left it. The two laughed at Mrs. John’s ageing and possible memory loss. Sally volunteered to talk to Mrs. John’s daughter about the missing card.

She phoned the following day and asked the daughter to help her mum find the card, as Mrs John seemed very worried that her memory was failing. Instead of the pleasant conversation Sally expected,  the daughter snapped,  “My mum’s financial affairs are none of your concern!” After that, Mrs. John’s visits to Sally stopped abruptly.

Causing trouble in the family

Sally didn’t want to cause any further trouble within the family. But she was concerned. So she called our Head Office. We arranged for our Social Worker to visit the home to assess the circumstances. After conducting a Mini Mental State Examination (MMSE), the Social Worker confirmed that Mrs John has a mild degree of impairment, resulting in some memory loss.

She confirmed  that her SASSA card had been missing for almost four months. Although she could not remember exactly how or when it disappeared, she had asked her children to help her find it, without success.

We discovered  that Mrs John was not receiving adequate meals. Nor was she taking her chronic medication or visiting the hospital for her regular check-ups. As a result,  her health had deteriorated.

Mrs. John’s children refused to meet with us and denied any knowledge of where her card was. However, SASSA confirmed that the money was being withdrawn from the card immediately after each payment. Her children were spending the money on themselves, instead of their mom!

With our support, Mrs John went to the SASSA offices and stopped the card. Her pension in now paid directly into her bank account instead.

We also arranged for Mrs John’s level of cognitive impairment to be assessed at Addington Hospital. Now she receives treatment to delay the progression of her condition.

Mrs. John refused to press criminal charges. “They are my children, I cannot punish them,” she said. But she did agree that in order to feel safe and secure, she would prefer to live at Tafta.

She gets her meals and medication on time, is escorted to hospital for check-ups and participates in programmes held at the wellness centre. She also joins in activities, aimed at stimulating her brain to continue functioning for as long as possible.

Mrs John has made many friends at Tafta and has a bright smile whenever the Social Worker visits. She continues to enjoy her soap opera with new friends. Her old neighbour Sally often visits too.

Because Mrs. John misses her children, the Social Worker has encouraged them to visit her when they can. We will provide much-needed reunification services for the family. It is important for Mrs. John’s children to learn about dementia, how this has  affected their mother, and how the disease will progress as she ages.

We are so grateful for caring neighbours like Sally, who act on their suspicions. Even if these turn out to be unfounded, it’s better to be safe than sorry.

Social Workers investigate each case in line with the Protocol on Management of Elder Abuse issued by the Department of Social Development.

The first step is for the Social Worker to visit the (alleged) victim in his or her
home to assesses the circumstances and living conditions. Based on this assessment, the following actions may be taken:

As a preventative measure, Tafta also runs programmes in communities, creating awareness and educating people about the signs of elder abuse and the services available to both victims and perpetrators. Healthy Exercise for the Over 60s 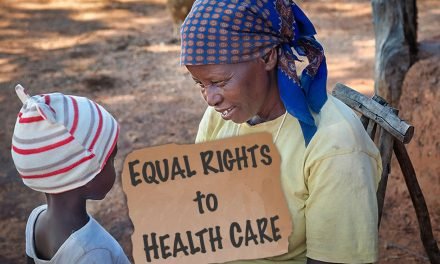 10 routine health checks that could save your life 6 iconic heritage buildings that have shaped our heritage

A registered non-profit organisation (NPO 002093) and public benefit organisation (PBO), we offer a wealth of helpful information, advice and practical support to help you make the most of your golden years.

We encourage all stakeholders in the spirit of these Values to support our Purpose: ‘To make dignity, growth and meaningful life a realistic prospect for all elders.’

These values are promoted through our work daily with our beneficiaries, stakeholders and general public and carried through to our messaging and advertising on print, broadcast, electronic and social media platforms.  As such, The Association for the Aged, has a zero tolerance policy for any vulgar or rude, threatening, abusive, discriminatory, cyber bullying or harassing comments on all our platforms.

Any comments identified as such will be removed from our platforms. Should the perpetrator persist, he or she will be blocked and reported.

For enquiries or reporting please contact us on 0313323721 or email info@tafta.org.za